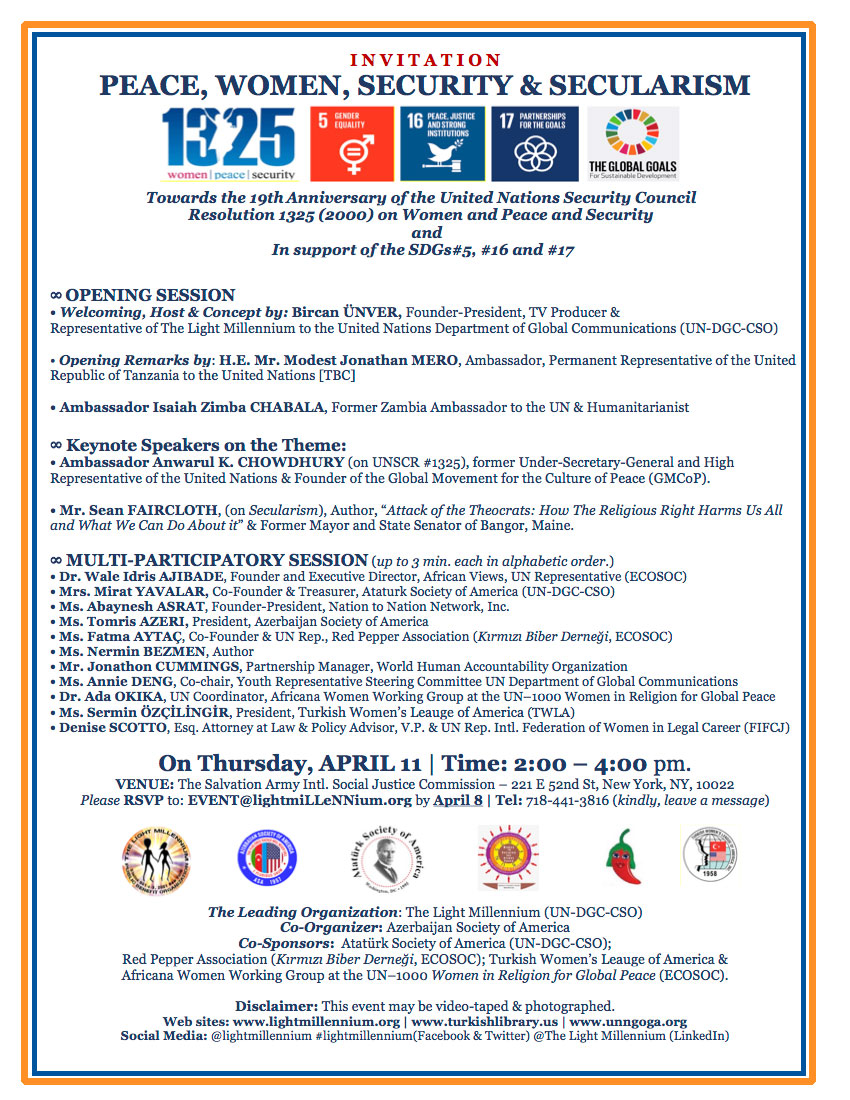 This was the theme of the conference which was organized by The Light Millennium Organization, and co-sponsored by Ataturk Society of America – ASA, on April 11, 2019. The conference took place in New York.

ASA’s founder and Executive Board member Mirat Yavalar gave a talk about “Laicism, and gender equality in laws as well as in social practice” She pointed out that:”When Atatürk succeeded to motivate the Turkish people to end the religion-based state (Sharia Rule) and founded in its stead a laic democratic republic, his main principles were freedoms, rationality, progress towards the contemporary civilization, and peace. ” and concluded that the ASA “strongly supports and co-operates with the United Nations and its affiliates for the promotion of these ideas.”